DAY four of the 2019 Wimbledon Championships is well underway, and the Royal Box is packed to the brim with famous faces. 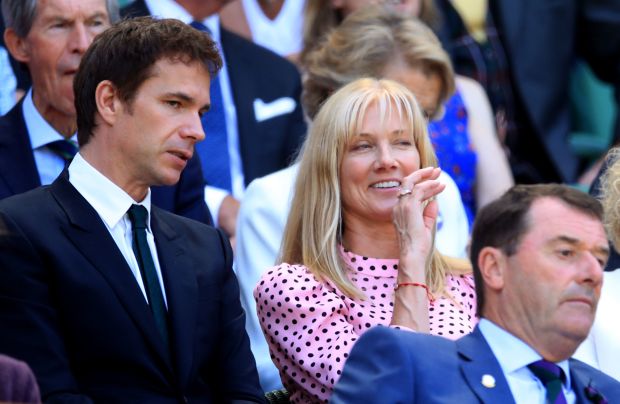 Who is in the royal box on July 4?

The 43-year-old English actor is best known for his Marvel role of Howard Stark's butler, Edwin Jarvis plus for featuring in ITV's Broadchurch.

He was spotted in the royal box today, on day four of the Wimbledon Championships. 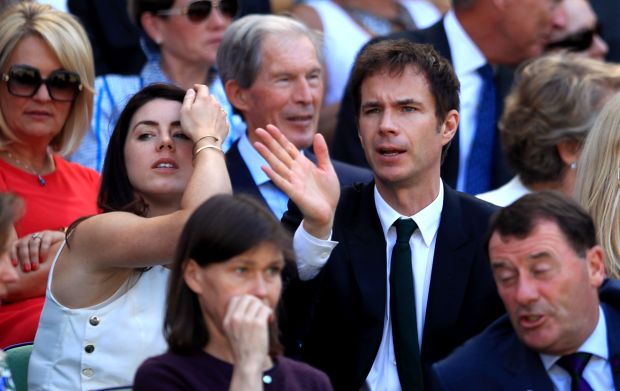 James D'Arcy in the royal box of centre court on day four of the Wimbledon Championships at the All England Lawn Tennis and Croquet ClubCredit: PA:Press Association

The father of British tennis great Tim Henman also made an appearance today.

Rather than being seated on his son's hill, Tony Henman positioned himself comfortably in the royal box.

The Brit actress played Lila in Surviving Christmas, and Lady Farrier in spy drama The Rook.

The 54-year-old, who is the daughter of actress Vanessa Redgrave and director Tony Richardson, has enjoyed a long and lustrous career having appeared in 1996's 101 Dalmatians, The Patriot and most recently 2018's Red Sparrow. 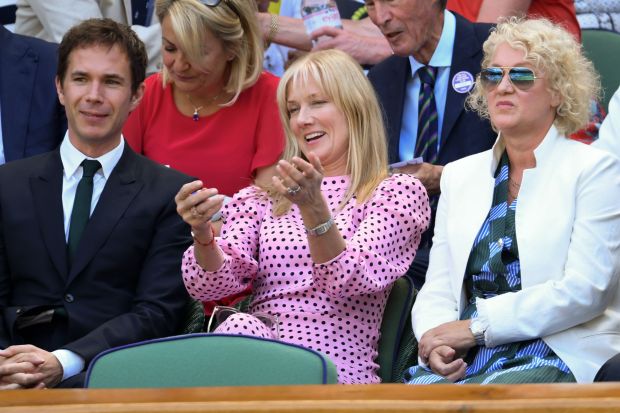 The well-known BBC newsreader looked at home in the royal box today with his son Daniel.

The 57-year-old Welshman has been presenting news programmes since 1999 with the BBC.

Despite announcing he and his wife are due to get a divorce, the Evening Standard editor made time for Wimbledon today.

Mr Osborne, 48, left government after the Brexit referendum and stood down as MP for Tatton in Cheshire in 2017.

However, he recently endorsed Boris Johnson to be the next Tory leader despite the two men previously falling out over Brexit.

The editor of The Sun also made an appearance in the royal box today.

What is the royal box at Wimbledon?

The royal box has the best seats at Wimbledon and is reserved for members of the royal family and invited guests of the All England Club.

It's always full of famous faces from the world of showbiz and high society.

Perched above Centre Court, the royal box is reserved for use by the Royal Family and other distinguished guests who want to watch the tennis during the Wimbledon Championships.

Each day there is space for 74 guests to take their place on the dark green Lloyd Loom wicker chairs.

Anybody who is invited to watch the tennis from the royal box must stick to a strict dress code that includes a demure dress for ladies and a jacket, tie and proper shoes for men.

Spectators are led into the grounds at the start of day four of the Wimbledon Championships at the All England Lawn Tennis and Croquet Club, Wimbledon

Spectators are led into the grounds at the start of day four of the Wimbledon Championships at the All England Lawn Tennis and Croquet Club, WimbledonCredit: PA:Press Association

How can you get a ticket to sit in the royal box at Wimbledon?

There are no tickets on sale for the Royal Box and guests have to be invited by the All England Club.

Each year, there is an open invitation to all of the Royal Family as well as high ranking members of the government, armed forces and the church – including the Archbishop of Canterbury.

Also encouraged to attend are ambassadors, diplomats and members of foreign royal families and senior figures from the media world.

It is believed that the All England Club and the Lawn Tennis Association take suggestions on who would be suitable to ask to attend.

How can you get tickets for the tournament?

The ballot for tickets for Wimbledon 2019 has now closed.

But even if you've missed out, that doesn't mean that you can't take part in the action.

Wimbledon remains one of the only major sporting events in the UK that still sells tickets on the day of play.

All you have to do is get down to the All England Club and, in true British style, get in the queue.

A limited number of tickets are available daily for Centre Court, No.1 Court and No.2 Court - except for the last four days on Centre Court, when all are sold in advance.

Each day there are also several thousand ground passes available.

These allow the user unlimited access to the outside courts and cost just £25 throughout the opening week of the tournament.