A high profile Gernika premiere at the Guggenheim Museum Bilbao

Wednesday, 07 September 2016: It was a wonderful and thrilling day promoting Gernika at the splendid Guggenheim Museum in Bilbao.  After an intense 6 weeks of filming in Bilbao in the months of May and June last year, the film returned to the city for its premiere. (photo above by @jonpi_reyes twitter)

It started with Maria Valverde posting "Flying to Bilbao!' on her instagram.

The tall gentleman at the back looks like James, doesn't it?

The day began with Press Passes at 11.00 am and interviews starting before noon and through the early afternoon.

At 2 pm, @BistroGuggenheim instagram.   What a glorious setting for an interview!

Barbara Goenaga reminded everyone that there was a presentation at the Fnac Bilbao at 5 pm!

Our super-lucky friend @aleja_rdjr met James at the Fnac dvd/book/music store after the presentation at 6 pm.

Note to self:  It must be that Star Wars T-shirt...  James is a big fan of Star Wars.

In the evening, it was back to a night at the museum...  (I've always wanted to say that)

At 8.30 pm, VIPs and actors prepare to present Gernika at the Guggenheim Museum Auditorium. 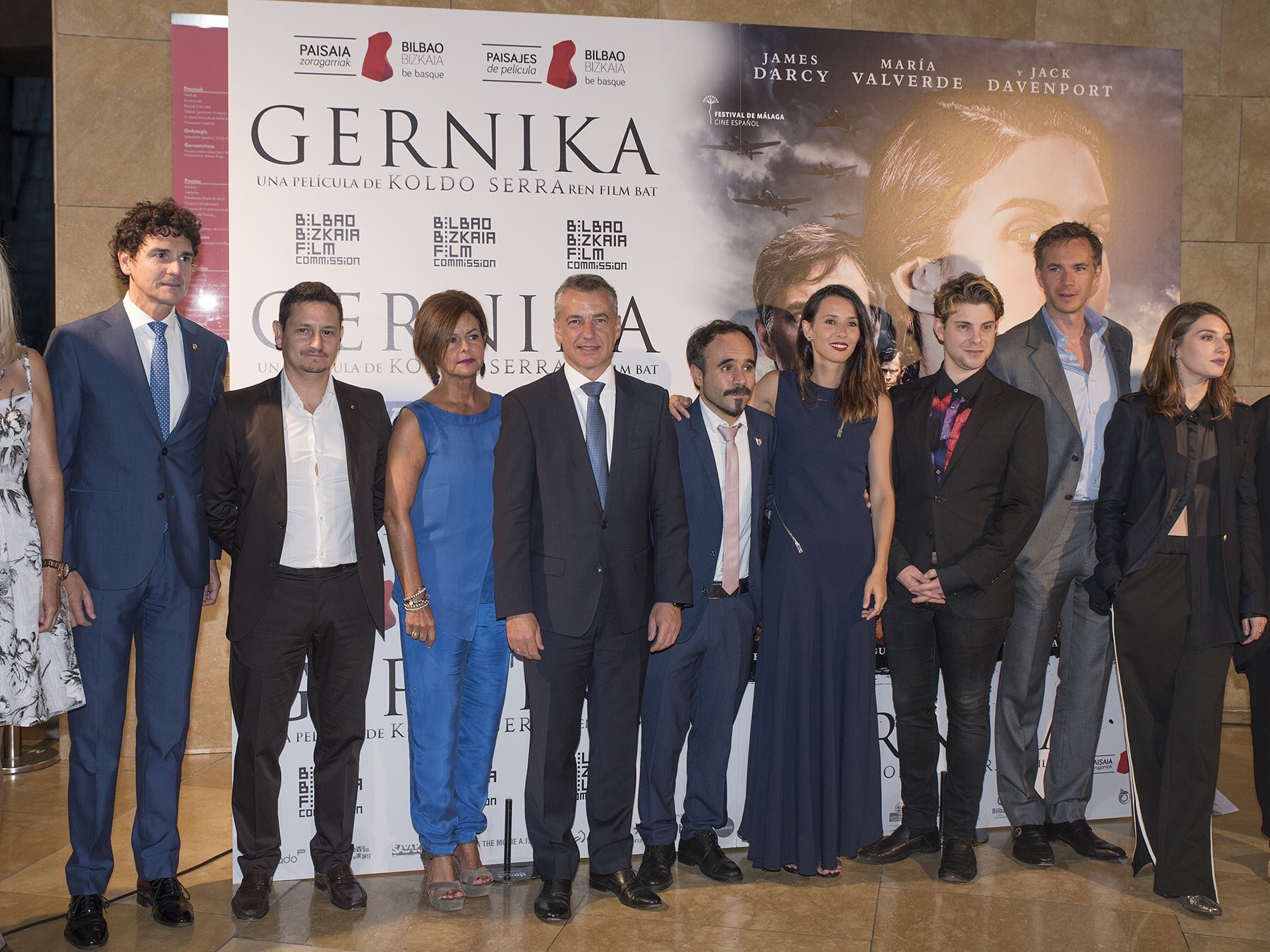 With a great sense of humour, Koldo began the presentation by saying: "In my years as a student of Fine Arts, I always knew that one of my works would end up being hanged in this museum. Today we play at home, and for that I am a little nervous in this presentation. I want all attendess leave happy with the work done."  Source: El Correo

James must have been nervous as well as thrilled because in the front rows sat some very important regional, provincial  and local authorities: Lehandakari Iñigo Urkullu, Deputy General of Bizkaia Unai Rementeria, Mayor of Bilbao Juan Maria Aburto, Minister of Public and Justice Administration Josu Erkoreka, Minister of Economic Development Arantxa Tapia, directors of the Basque Government, President of General Meetings, Ana Otadui, Bilbao councilmen... I could go on, but I think you get the gist..

The 297 audience comprised mostly of authorities, artists and film lovers... This is a well-dressed crowd, folks!

After the successful evening with many congratulations, James got to greet more VIPs..

A pic with his lovely co-stars, Maria Valverde and Barbara Goenaga.... in the plaza of the giant flower cat..  I digress..

.... and he's off to the sunset, no, not quite..    a night still young and luminous to celebrate in beautiful Bilbao!

There have been several video clips recording this special event, we shall try to embed it here whenever it is possible.

Bilbao Ekintza: Before the premiere at the Guggenheim Museum.

Bilbao Ekintza: The Gernika Team taking photos before the premiere

Some new photos just came in:  Thanks to the eagle eyes of @alexander_bendo..   From Ibon Perez TV facebook

And look who made the pages of El Correo the next day!!!    Thanks to @carlosclavijo22 twitter for the scan!